The Bay Area seems to be blessed with more bilingual schools than any other region in the nation, outside of perhaps New York. Ok, so that’s not an actual statistic but more of an observation. The East Bay, in particular, has a very high number of bilingual schools in many different languages, including some public school options. Living in Berkeley and Oakland means it’s easier than ever to raise a bilingual child, even if neither parent is bilingual, since there are so many excellent bilingual schools.

This overview focuses on bilingual elementary schools within Berkeley and Oakland.

French: École Bilingue (Berkeley): French immersion school (pre-K through 8th). Insider tip: French nationals can pay less than non-nationals, thanks to a grant from the French government, although the discount is not what it used to be.

Russian: Berkeley Russian School  (Berkeley): This is an after-school/weekend program only in Russian for kids ages 3 through 16. Website >

Is the high price of private education a bit daunting? Then you can breathe a sigh of relief because both Berkeley and Oakland have public, bilingual education available as well.

Berkeley Unified School District: Berkeley has one two-way immersion Spanish elementary school, Sylvia Mendez. Word on the street is that it can be tough to get into, but it’s a lottery system, based on many factors including socioeconomic status, parents’ education level, race/ethnicity, and Spanish exposure (I hear they aim for 1/3 children who are only Spanish-speakers, 1/3 bilingual and 1/3 who are non-Spanish-speakers).

Francophone Charter School of Oakland has excellent education in French and English for K-8.

*Please feel free to add any schools I have left off in the comments section.

Thanks, Stephanie! To learn more, visit InCultureParent.com, an online magazine for parents raising little global citizens. Stephanie is passionate about languages and speaks Spanish, French, Portuguese, some German, tiny bits of Armenian, and Russian, and is just starting on Arabic. Together with her husband, who is from Morocco, they are raising their two girls (ages 3 and 4) bilingual/bicultural in Arabic and English in Berkeley. They hope to send their kids to school in French or Spanish. 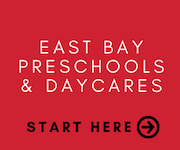 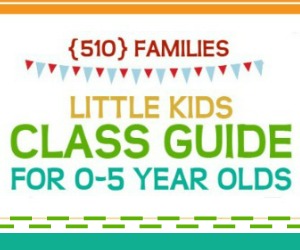